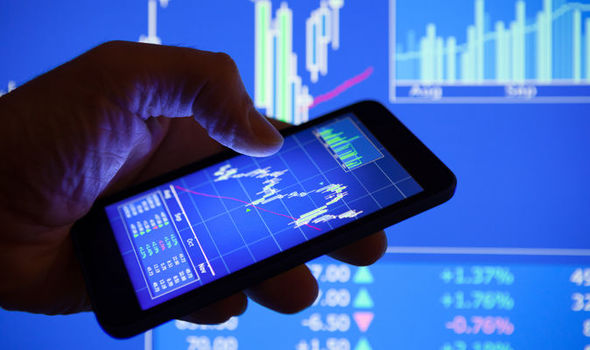 France, the second largest economy in the euro zone, is set to emerge cautiously from one of Europe’s strictest lockdowns on Monday, while  the U.K., now the hardest hit country in Europe in terms of deaths, has announced tentative plans to lessen social distancing measures.

This follows a number of European countries — including Denmark, Norway, Spain, Italy, Austria and Germany — which have also started to lift lockdown measures.

The European economy has been hard hit by the measures taken by the various national governments to shut down their respective economies to curb the spread of the Covid-19 virus.

European Central Bank President Christine Lagarde said, a couple of weeks ago, that the euro-area economy could shrink by as much as 15% as a result of the pandemic.

In corporate news, Ericsson  stock climbed 0.9% after lifting its forecast for 5G subscriptions globally to around 2.8 billion by 2025 from 2.6 billion seen previously, as a consequence of the coronavirus outbreak. German consumer products maker Henkel was flat after reporting hat the pandemic fueled robust sales of cleaning products in the first quarter, while payments company Wirecard stock rose 8.8% after the company appointed a new chief compliance officer. It’s still fallen 30% since a report by KPMG into suspect accounting practices failed to clear management’s name, however.

On the flip side, easyJet  stock slumped over 7% after the U.K. government announced over the weekend plans to introduce a 14-night quarantine on incoming travellers.

Oil futures slipped back Monday, consolidating after recent gains had pushed the sector from the all-time lows seen recently.