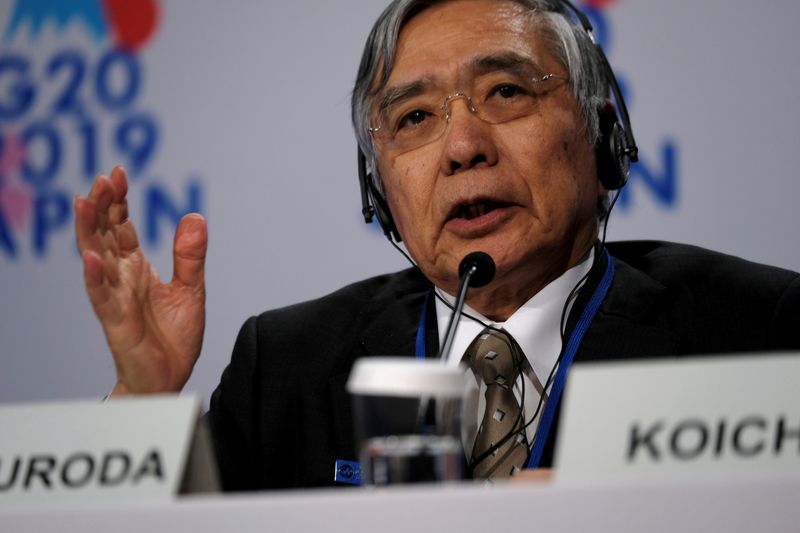 Bank of Japan Governor Haruhiko Kuroda said on Tuesday the central bank would do “whatever it can” to combat the growing fallout from the coronavirus pandemic, warning that a collapse in global activity would hamstring the economy.

In a semi-annual testimony to parliament, Kuroda said the raft of monetary easing steps the central bank has taken so far is helping ease corporate funding strains and market jitters.

But he warned the outlook for Japan’s economy was “highly uncertain” and dependent on when the pandemic is contained, with risks skewed to the downside.

“Japan’s economy is in an increasingly severe state. The outlook will remain severe for the time being,” he said on Tuesday.

“What’s most important for us is to take steps to smoothen corporate financing and stabilize markets,” Kuroda added. “We will do whatever we can as a central bank, working closely with the government.”

The BOJ expanded monetary stimulus for the second straight month in April by ramping up risky asset purchases and pledging to buy an unlimited amount of bonds to keep borrowing costs low.

The pandemic has reinforced expectations Japan will slip into deep recession amid a plunge in global demand and a local state of emergency that has been extended through to the end of May.

About 15,847 coronavirus infections and 633 deaths have been confirmed in Japan as of Monday, excluding cases from a cruise ship previously quarantined in Yokohama, according to NHK.