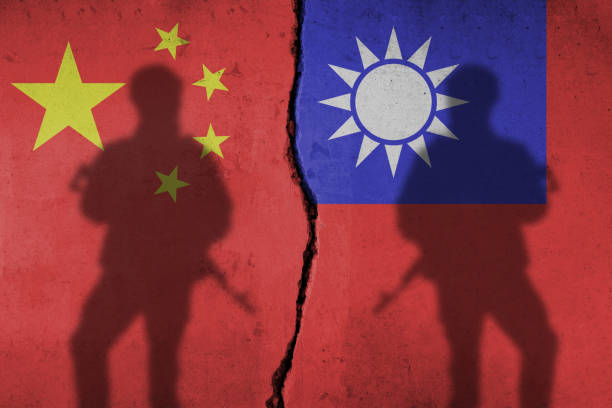 China’s dash for herd immunity from COVID-19 may not be the miracle cure for its economic ills that markets seem to think. Global markets have owed their bright start to the year largely to hopes that the world’s second-largest economy will quickly reap the benefits of dropping the harsh public health restrictions that slowed the country’s growth to a crawl over the last two years. Hong Kong stocks, the gateway to China for many foreign investors, have rallied strongly this week, while the offshore yuan has strengthened by a full 1% against the dollar. That seems logical, given that the western countries that abandoned their own restrictions over the last year have experienced a generally smooth transition to ‘living with’ COVID, rather than dying from it. However, the risk in China is the same as it was in the West when debates were still raging about the wisdom of letting COVID rip: left uncontrolled in a population largely without effective vaccination, the disease could swamp the country’s public health system and cause millions of deaths, in turn causing a much deeper economic contraction with a life of its own. As Paul Donovan, chief economist with UBS Global Wealth Management, never tires of pointing out – it is fear of the virus, rather than the virus itself, that causes the most economic disruption. And a number of factors in China have prepared a fertile ground for such fear. For three years, the government has used all the power of the state media machine to justify its harsh measures with stern lectures about the dangers of COVID-19. Suddenly, in an abrupt reversal worthy of Orwell’s 1984, the message is that ‘Eastasia has always been at peace with the virus.’ 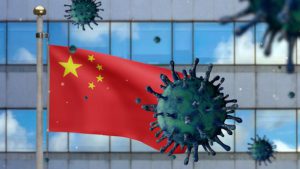 That Message is Reaching An Audience That Has no Reliable Data To tell it How Bad Things Are.

The World Health Organization criticized Beijing this week for under-reporting case numbers and deaths, saying that “the current numbers being published from China underrepresent the true impact of the disease in terms of hospital admissions, in terms of [intensive care unit] admissions, particularly in terms of death.” Beijing has so far admitted to around five deaths a day over the last couple of weeks, but had earlier said it would change the way it counts COVID cases and deaths, adopting a definition so tight that most of its victims are filtered out of the statistics. Anecdotal reports, by contrast, have cited lengthy queues outside hospitals for treatment, and crematoria and funeral parlors working at or beyond capacity. Fear is likely to be amplified by the knowledge that China’s vaccines are not as effective against the dominant Omicron strain as western ones based on messenger RNA. That makes transmission easier, notably in the labor-intensive Chinese factories where laborers work cheek-by-jowl to make the world’s gadgets and clothes (as well as to process China’s own food supply). It also makes longer-lasting, serious illness more likely, storing up trouble for factories that are already starting to run out of workers as China’s demographics start to work against it. All these factors were clearly at work in the Caixin business surveys released this week, which showed both manufacturing and services in contraction under the virus’ influence. Yet despite falls in new orders and employment, both surveys were notable for showing a sharp rise in optimism among businesses, which are looking through the near-term disruptions. 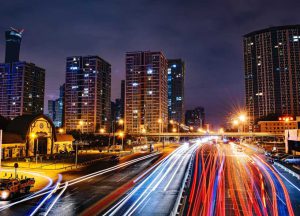 That confidence faces a stiff test in the coming weeks.

The Lunar New Year, due on January 22nd, should see a wave of travel that will – on past experience – inevitably cause a spike in infections. After that, most analysts expect the country to turn a corner, and for the economy to pick up again. At which point it seems safe to assume a second wind for the global commodities rally that petered out last year as western central banks tightened global financial conditions. In as much as higher prices for commodities – especially oil and food – keeps the Federal Reserve and others fearful about inflation, that will also cap demand for Chinese exports, damping any recovery. Even so, the Chinese economy looks likely to hit its low point in the current quarter. It may never return to the heady growth rates seen in the past: NatWest analysts predict a “mild dose of economic long Covid” for the country, aggravated by the squeeze on technology transfers now being applied by the U.S. and others. And in any event, COVID is only half the battle for Chinese economic planners. Conquering it will almost certainly be easier than ending a grinding property crisis well into its third year. But after the last couple of months, when lockdowns generated riots at the world’s biggest iPhone assembly plant and angry demonstrations against Communist Party rule, any improvement in public health will feel like a major victory to Beijing, while for the rest of the world, it should signal the real start of the post-pandemic era.