Near zero GDP today, among fastest growing next year: FM on Indian economy 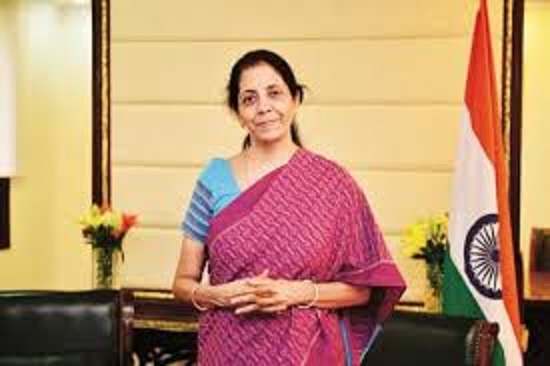 Union Finance Minister Nirmala Sitharaman on Tuesday said the growth rate of the country’s gross domestic product (GDP) might be “near zero” this fiscal year.

However, with signs of economic revival, India might well be one of the fastest-growing large economies in the next fiscal year, she said, while addressing the CERAWeek India Energy Forum.

Sitharaman’s comments come at a time when the International Monetary Fund (IMF) has projected India’s GDP to contract 10.3 per cent this fiscal year, revised from its forecast of a 4.5 per cent decline in June.

India’s was the fastest-growing large economy till recently, but has been overtaken by China. For instance, in 2019-20, India’s economy grew 4.2 per cent, while China expanded 6 per cent in 2019.

Against the expected contraction in India’s economy this fiscal year, the IMF projected China’s economy to grow 1.9 per cent in 2020. However, the IMF expects India’s growth to overtake China’s next year because it (India) is predicted to expand 8.8 per cent, while the latter is expected to see 8.2 per cent growth.

As evidence of revival, Sitharaman highlighted the foreign direct investment (FDI) inflow between April and August. “During this period, FDI inflows grew by around 13 per cent compared to a non-Covid 2019. Such an increase never happened in India’s case,” she said. She also highlighted the revival in the purchasing managers’ index (PMI) as a key indicator of the sustainable revival of the economy expected during the third and fourth quarters of the fiscal year.

Sitharaman said the primary focus for the country would be infrastructure and public spending on infrastructure. She expressed hope that the 6,000-odd projects under the National Infrastructure Pipeline would be the key drivers.

Other focus areas of the government include agriculture and related activities, such as processing food, exporting agricultural goods, and making sure the connectivity to nearby ports are also there to boost imports. The government is also targeting the energy and fintech sectors as key focus areas in revival.