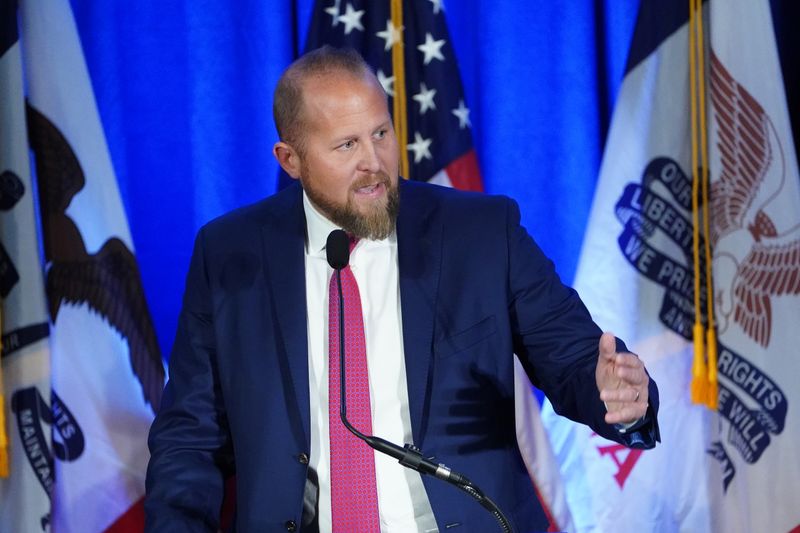 President Donald Trump demoted his longtime campaign manager on Wednesday, a move aimed at shoring up his re-election bid as he trails Democratic candidate Joe Biden in opinion polls less than four months before the Nov. 3 vote.

In a Facebook post, Trump said campaign manager Brad Parscale would be replaced by Bill Stepien, who has been the deputy campaign manager. Parscale will shift to a role focused on digital and data strategy, the president said.

A leadership shakeup had long been rumored. Parscale was blamed internally for a botched Tulsa, Oklahoma, rally last month that drew a much smaller crowd than he predicted. A subsequent coronavirus outbreak forced Parscale and other campaign officials who attended to self-quarantine for two weeks.

A source close to the campaign said Trump has been anxious about the polls “and struck at the most visible target he could,” adding that Parscale has been “a straight-shooter about the president’s challenges.”

Stepien, a longtime Republican strategist, is well known to both Trump and his son-in-law, Jared Kushner, who has been playing a more active role in the campaign. Stepien was political director at the White House before moving to the campaign.

In his statement, Trump credited both Parscale and Stepien for their involvement in his 2016 victory in the U.S. presidential election and predicted that he would glide to a second term in office.

“This one should be a lot easier as our poll numbers are rising fast, the economy is getting better, vaccines and therapeutics will soon be on the way, and Americans want safe streets and communities,” Trump wrote.

The Republican president publicly has scoffed at the numerous opinion polls showing him behind Biden. Trump trailed Biden by 10 percentage points among registered voters in the latest poll.

The president’s standing among voters has sagged this year as the coronavirus has killed tens of thousands of Americans and threw millions more out of work. Biden has blamed Trump for not taking more dramatic steps to curtail the pandemic’s spread.

Plans for his nominating convention in Jacksonville, Florida, remain up in the air with little more than a month before it is scheduled to begin. Republican officials are planning to move most activities there outdoors. Democrats are paring back their in-person event significantly.

Trump advisers have privately levelled criticism that the campaign lacks a central message. But they said Trump shared the blame because he lacked discipline on how to communicate what he would do with another four-year term in the White House.