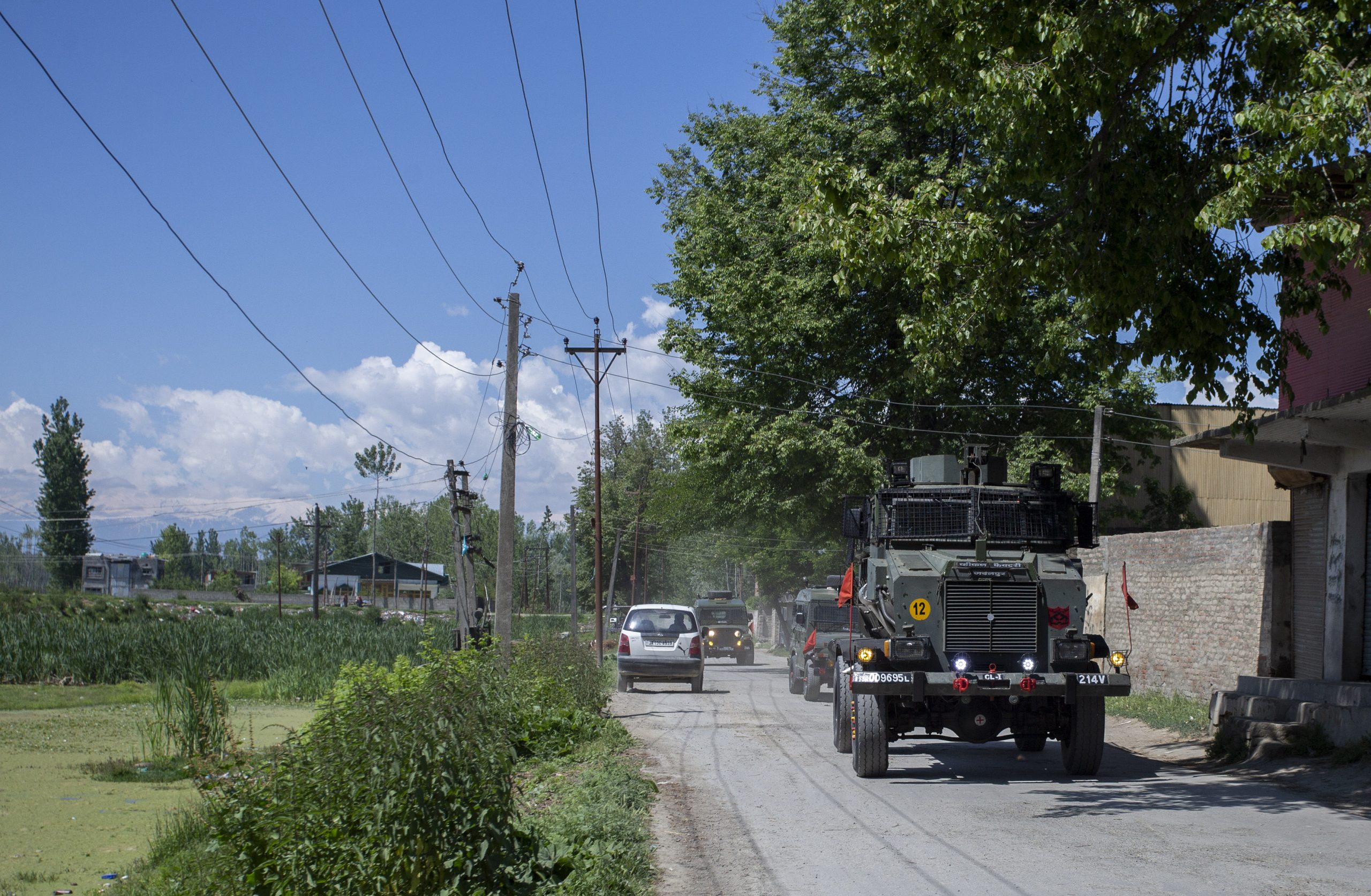 Hundreds of Indian soldiers launched an operation late on Tuesday after receiving intelligence that Hizbul Mujahideen commander Riyaz Naikoo was hiding in a village in south Kashmir’s Pulwama district.

“He was trapped in a house and early today a gun battle took place during which he and his associate were killed,” Kashmir’s Inspector General of Police, Vijay Kumar, told the sources.

Two militants were killed in another gun battle nearby on Wednesday, Kumar added.

Authorities disabled mobile internet across the Kashmir region early on Wednesday to forestall large crowds from gathering in the streets to mourn his killing.

Still, locals came out and pelted soldiers with stones in an attempt to disrupt the operation in which Naikoo was killed, Kumar said, adding that demonstrators had to be beaten back by troops.

“Several protesters have received pellet injures and three of them have bullet wounds. They have been hospitalized,” he said.

In all, at least 30 people were injured as protesters clashed with security forces in around a dozen spots across Kashmir, including in the main city of Srinagar, another police official said.

Protesters set fire to two police vehicles in Pulwama, the official said, declining to be named since he was not authorized to speak to media.

For decades, separatists have fought an armed conflict against Indian rule in Kashmir, with most wanting independence for the Himalayan region, or to join New Delhi’s arch-rival Pakistan.

Kashmir is claimed as a whole but ruled in part by both India and Pakistan.

Naikoo, 35, had joined the militants in 2012, two years after around 100 people were killed by troops during a restive summer marked by protests and violence.

A former maths teacher with a bounty of 1.2 million rupees ($15,800) on his head, Naikoo was an aide to Hizbul Mujahideen commander Burhan Wani who was killed in July 2016, leading to months of unrest.

Amid a nationwide lockdown to contain the spread of the coronavirus, Indian troops have intensified operations in Kashmir, the country’s only Muslim-majority state that was split into two federally administered territories last August.

Since late March, Indian forces have killed 36 militants, losing around 20 soldiers, including a high-ranking army officer, during the same period, according to official data.