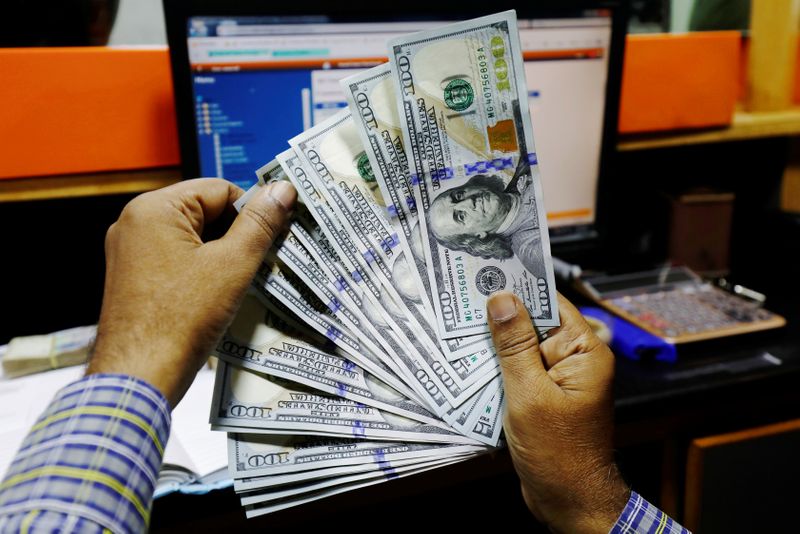 The dollar slipped on Friday as investors defied a broader sense of doom around upcoming U.S. employment data and found reasons to buy riskier currencies with more governments slowly reopening their economies for business.

The greenback was undermined by a further hit to its yield attraction as U.S. money markets priced in a small chance of negative interest rates next year.

The dollar’s index against a basket of six other major currencies slipped to 99.829 from Thursday’s high of 100.40.

The Australian dollar traded at $0.6505 after a gain of nearly 1.5% in the previous session.

The dollar’s retreat against riskier currencies reflected a recovery in risk sentiment as global shares rallied, with the Nasdaq index now wiping out its losses this year.

On top of aggressive monetary easing around the world, hopes of economic normalization are supporting the mood as some countries in Europe and parts of the United States ease restrictions on economic activity.

The greenback was also caught off guard as U.S. short-term bond yields hit record low with markets starting to price in negative U.S. interest rates for the first time.

Although Federal Reserve officials have said that they do not see negative rates as appropriate, the price action suggested some investors see a much worse downturn that could force the Fed to become more experimental with its crisis response.

Data on Thursday showed 3.169 million initial unemployment claims for the week ended May 2, more than economists’ forecast of 3 million, and bringing total claims since late March to 33.5 million, or about one in every five workers.

The unemployment data due later in the day is expected to show a historic hit to the U.S. labor market.

Nonfarm payrolls are forecast to have plunged 22 million in April, which would blow away the record dive of 800,000 seen during the 2007-2009 recession.

The unemployment rate is seen jumping to 16% in April, which would shatter the post-World War Two record of 10.8% touched in November 1982.

Some traders sold dollars to take profits ahead of the data.