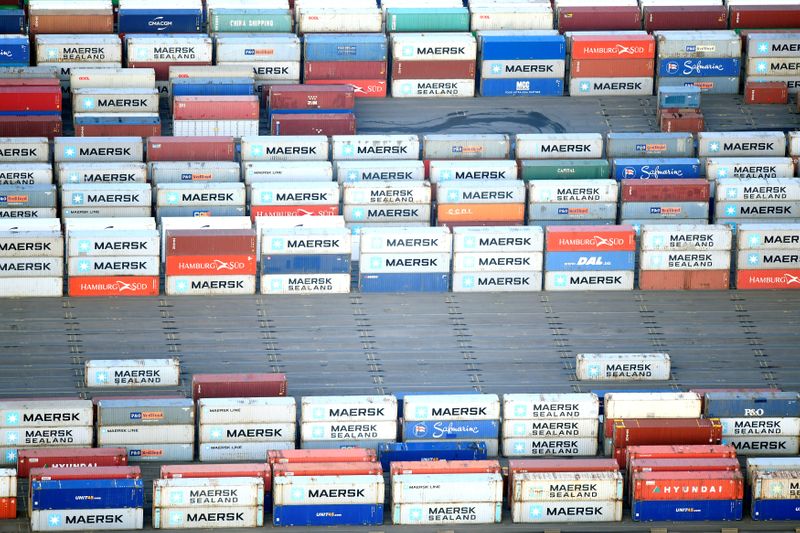 Shrinking exports held back German economic activity in the fourth quarter of last year, detailed data showed on Tuesday, confirming that Europe’s largest economy was stagnating even before the coronavirus outbreak began.

Germany’s export-dependent manufacturers are being hit by a slowing world economy and increased business uncertainty linked to tariff disputes and Britain’s exit from the European Union.

The Federal Statistics Office said exports fell by 0.2% in the fourth quarter from the third, which meant that net trade took off 0.6 percentage points from gross domestic product growth.

The trade outlook remains clouded as the coronavirus epidemic is adding another risk, Ifo President Clemens Fuest said. The Ifo index for export expectations fell in February, with car companies among the most pessimistic, Fuest added.

Gross investment – which includes construction – rose by 2.9% in the last quarter of the year, adding 0.6 percentage points to growth, the statistics office said.

State consumption added 0.1 percentage points to growth while private consumption, which has been a key pillar of support recently, made no contribution.

The Statistics Office confirmed that the German economy grew by 0.6% last year, the weakest expansion rate since the euro zone debt crisis in 2013.

For 2020, the government expects growth to pick up to 1.1%, helped mainly by a higher number of working days in a leap year. Adjusted for calendar effects, Berlin predicts 0.7% growth.

Andrew Kenningham, an analyst from Capital Economics, said the German economy would continue to stagnate during the first half of this year as global demand would remain weak and domestic investment was likely to drop.

The impact of the coronavirus on the German economy through disrupted supply chains or lower demand from China had been small so far, Kenningham noted.

China is Germany’s most important trading partner, with car makers being especially dependent on both Chinese supply chains and demand from China.