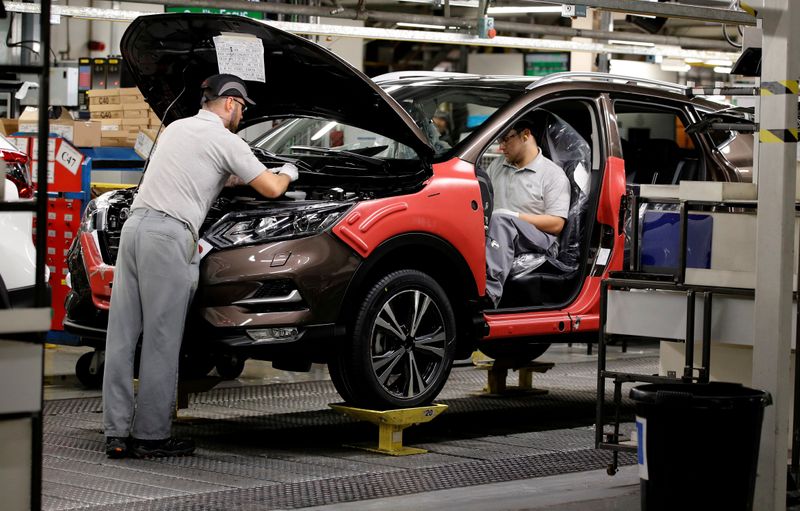 British manufacturers suffered the biggest fall in output and orders for at least three decades in April, as measures to slow the spread of the new coronavirus sent the economy into a steep downturn, a survey showed on Friday.

The headline activity index fell to a record-low 32.6 from March’s 47.8, broadly in line with forecasts in a Reuters poll and the earlier flash estimate of 32.9.

“Huge swathes of industry were hit hard by company closures, weak global demand, lockdowns and social distancing measures in response to COVID-19. The only pockets of growth were seen at firms making medical and food products,” said Rob Dobson, a director at IHS Markit , which compiles the survey.

The output component – which IHS Markit says gives a more accurate picture of the scale of the decline – plummeted to an all-time low of 16.3 from 43.9 the month before. Numbers below 50 represent a fall in output at a majority of manufacturers.

Earlier on Friday, trade body Make UK said it feared factory output could more than halve during the current quarter, and said more than 80% of its members had suffered a fall in orders.

A separate survey from the Confederation of British Industry showed that in the three months to April private-sector activity dropped by the most since July 2009.

Britain’s economy went into lockdown on March 23. Although people may still travel to work if they cannot work from home, factories have struggled with a general fall in demand.

IHS Markit said the fall in factory orders in April was the biggest since its survey began in 1992.

Total economic output could fall by more than a third during the second quarter – a drop with no precedent in modern times – according to a scenario published by the government’s budget forecasters last month.

Britain’s government is due to review the lockdown next week. But so far ministers have said there are no grounds for a relaxation yet, as the official death toll nears 30,000.

“The outstanding question remains how long the current restrictions will need to remain in place, and which sectors can start to safely reopen,” Dobson said.

“The pressure is mounting, as the longer the global economy remains in lockdown the greater the cost to industry will grow, and the greater the likelihood that more jobs will be cut.”