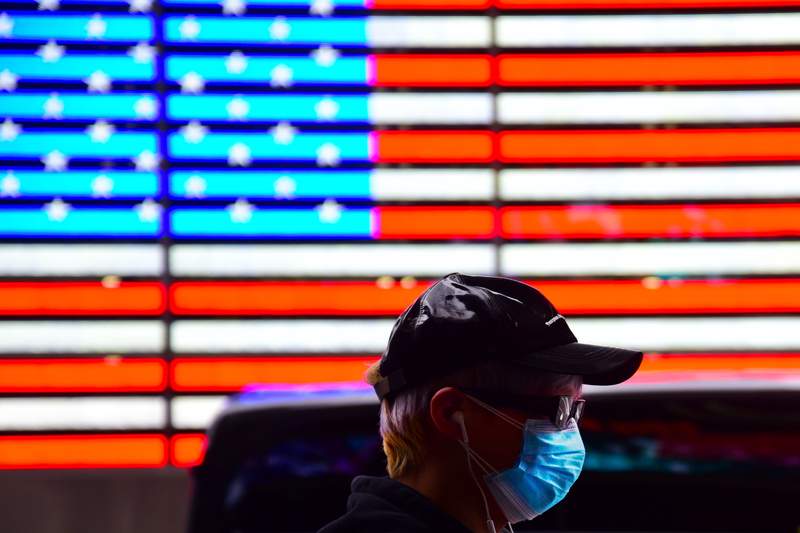 The U.S. economy contracted by an unprecedented annualised rate of 32.9% in the second quarter, the Commerce Department reported Thursday, the worst decline since the Great Depression as the coronavirus pandemic hammered consumer spending.

Economists had forecast a slightly larger decline of 34.1% after a 5% contraction in the first quarter, although they warned that the figure grossly exaggerates the nature of the drop.

The 9.5% drop in output, in absolute terms, was the sharpest fall in output since the government started to keep records in 1947.

Though economic activity began to pick up May as restrictions aimed at preventing the spread of the virus eased, momentum has waned amid a resurgence in cases, particularly in the South and West, which has led to several states halting or rolling back reopening measures.

While the curve of new infections has flattened somewhat in the South and West in recent days, Deborah Birx, the White House’s Coronavirus Task Force Coordinator, told Fox News on Thursday that the virus is now spreading more deeply into other mid-western states, including Kentucky, Tennessee, Ohio, Missouri and Kansas.

The Federal Reserve on Wednesday acknowledged that the economic outlook would depend on the path of the virus.

“The ongoing public health crisis will weigh heavily on economic activity, employment, and inflation in the near term, and poses considerable risks to the economic outlook over the medium term,” the Fed said.

At the same time, the Labor Department reported that the number of Americans applying for initial unemployment benefits edged up to 1.434 million in the week ending July 25, from a upwardly revised 1.422 million the prior week, highlighting concerns over the slowdown in the economic recovery.

It was the second consecutive weekly increase.

The number of continuing claims, which are reported with a one-week lag to initial claims, rose more sharply than expected to 17.018 million. The previous week’s figure was revised down to 16.151 million.

The reports come as millions of unemployed Americans are set to lose a $600 weekly jobless benefit supplement on Saturday, when part of a historic government aid package of nearly $3 trillion expires.

Talks between the Democrat-controlled House of Representatives and the Republican-controlled Senate on extending the benefits are currently deadlocked. White House Chief of Staff Mark Meadows said late on Wednesday that they were likely to expire.