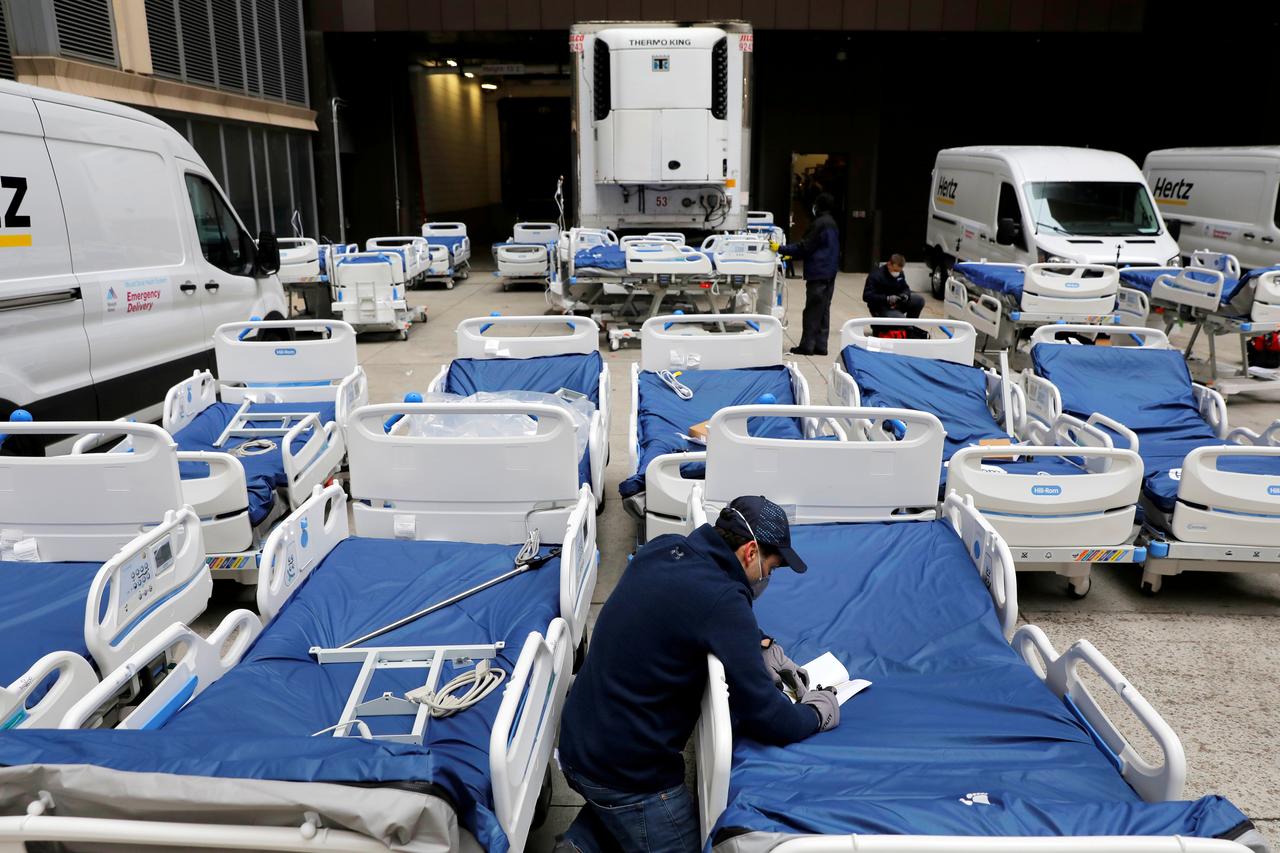 The U.S. government raced on Tuesday to build hundreds of makeshift hospitals near major cities as healthcare systems were pushed to capacity, and sometimes beyond, by the coronavirus pandemic.

Even as millions of Americans hunkered down in their homes under strict “stay-at-home” orders, the death toll, as talled by sources, shot up by more than 850 on Tuesday, by far the most for a single day.

Nearly half of the new fatalities were in New York state, the epicenter of the pandemic despite closed businesses and deserted streets. New York City Mayor Bill de Blasio pleaded for immediate reinforcements in the country’s biggest city from the Trump administration.

“This is the point at which we must be prepared for next week, when we expect a huge increase in the number of cases. What I asked very clearly, last week, was for military medical personnel to be deployed here,” de Blasio said at the Billie Jean King National Tennis Center in Queens, where a field hospital was being hastily built.

The sports complex is home to the U.S. Open Tennis Championship, set to begin on Aug. 24. It remains on the calendar despite reports that Wimbledon, the sport’s most prestigious event, is unlikely to go forward as scheduled in June. The U.S. Open and Wimbledon are two of the four Grand Slam tennis tournaments.

De Blasio, a Democrat who last year sought his party’s presidential nomination, said he had asked the White House for an additional 1,000 nurses, 300 respiratory therapists and 150 doctors by Sunday.

In Los Angeles, the city’s massive convention center was being converted to a federal medical station by the National Guard, Mayor Gil Garcetti said on Twitter. In California, the most populous U.S. state, the number of coronavirus patients has surged over the past few days, with more than 7,600 cases confirmed as of Tuesday and 150 deaths.