Oil Holds Near $41 Amid Concerns About U.S. Demand Recovery 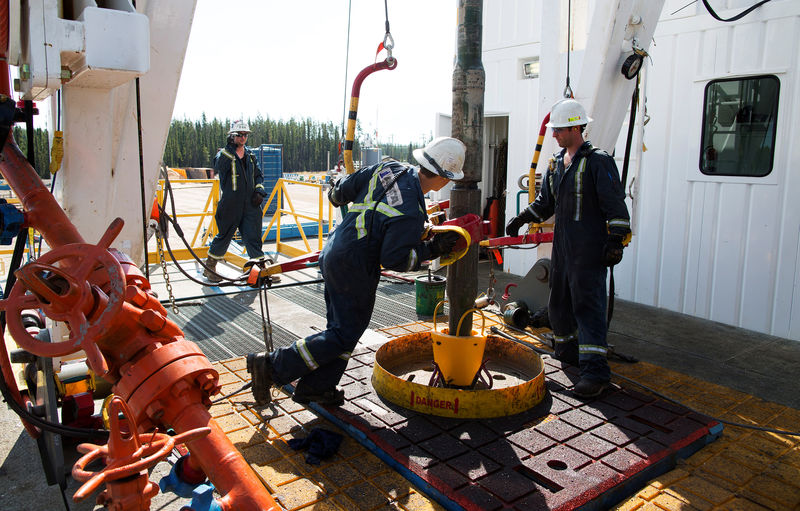 Oil held losses near $41 a barrel in New York as signs of weakness in the U.S. labor market cast doubt on the strength of the demand recovery in the world’s biggest crude consumer.

The first increase in jobless claims since March comes as lawmakers negotiate another virus relief package, while infections and deaths surged across many regions in the U.S. Oil was still poised to eke out a second weekly gain, buoyed earlier in the week by stimulus measures agreed by European Union leaders.

Oil’s recovery from its plunge below zero has stalled, with futures stuck in a tight range since the end of June as rising coronavirus infections across major economies raised doubts about a swift demand rebound. U.S. crude stockpiles are climbing, Chinese consumption is cooling and relations between Beijing and Washington have deteriorated, adding to the bearish headwinds.

“The market still seems to be lacking conviction on the recovery of oil demand,” said an economist. “There’s the triple threat of expiring U.S. fiscal stimulus, a second-wave contagion and intensifying conflict in U.S.-China relations, which signals the odds are stacked against a further rally for now.”

The outlook doesn’t get any better for the market. OPEC+ will start returning supply next month after historic production cuts, while the physical value of prized Iraqi crude has slumped in Asia, and in Europe, Finnish refiner Neste Oyj is predicting demand for oil products will remain “severely reduced” during the third quarter due to the pandemic.

Coronavirus cases in the U.S. surpassed 4 million, doubling over a span of six weeks, while deaths in California and Florida rose to records on Thursday. Infections in Mexico, Brazil and Hong Kong also continue to climb.