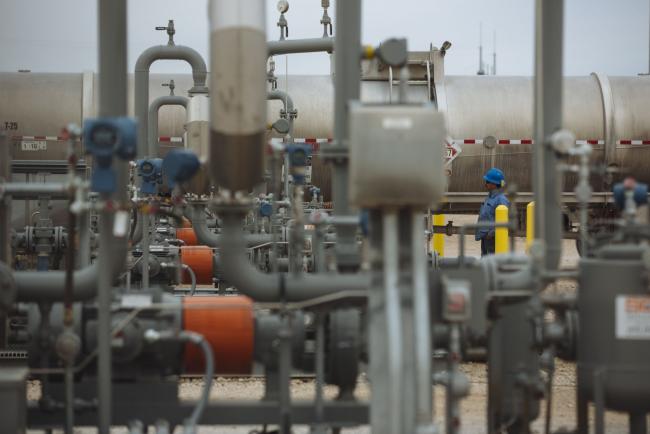 Oil increased from a one-year low toward $50 a barrel even as Saudi Arabia ran into Russian resistance in its push for further production cuts to combat a virus-driven demand decline.

Futures rose in New York as a technical indicator signaled crude is oversold after falling more than 20% since early January amid plentiful supplies and slumping demand. Saudi Arabia’s push for deeper output reductions to combat the drop in consumption due to the coronavirus outbreak is being received with caution by Russia, whose budget is more resilient to lower prices.

BP Plc is forecasting the crisis will wipe out one-third of global oil demand growth this year, although OPEC’s internal analysis indicates a modest drop of around 400,000 barrels a day for about six months. In the U.S., an industry report showed an expansion in crude stockpiles, adding to worries about weak consumption.

“While prices are rising today after a sell-off, crude is likely to continue tumbling on demand fears until the coronavirus abates or OPEC+ implements a supply cut,” said Vandana Hari, founder of Vanda Insights in Singapore. “Waiting for the virus to subside might prove costly for OPEC and its allies.”

Brent for April settlement rose 0.4% to $54.20 a barrel on the London-based ICE  Futures Europe exchange. The global benchmark crude traded at a premium of $4.23 to WTI for the same month.

Saudi Arabia is pushing for a production cut of at least 500,000 barrels a day and even up to twice that amount, according to some OPEC+ delegates. Technical experts from the group will meet again on Wednesday to analyze the impact of the crisis on oil demand that may help determine whether the alliance convenes an urgent ministerial meeting later this month.