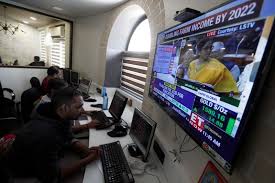 India’s new budget is unlikely to drag Asia’s third- biggest economy out of its worst slowdown in more than a decade as the government has proposed only moderate spending increases and small cuts in personal taxes, economists said on Sunday.

They said there was a risk the government might miss its fiscal deficit target for 2020-21 as it was dependent on raising almost $30 billion from the sale of stakes in state-run firms and financial institutions to meet ambitious revenue goals.

In its budget for the year starting in April unveiled on Saturday, the government relaxed its fiscal deficit target so it could spend an nearly $15 billion more, mainly on infrastructure and farming, while pushing ahead with privatisations.

Economists and industry leaders said the budget proposals would provide some support to growth over the longer term but were insufficient to give it an immediate boost.

India’s economy is forecast to grow 5% in the year ending in March, its weakest pace in 11 years, ratcheting up the pressure on Prime Minister Narendra Modi, who is already facing backlash over a socially divisive citizenship law.

Economists said India risked missing its budget deficit target of 3.5% of GDP in 2020-21 as the government’s revenue growth target of nearly 10% depends on raising almost 2.1 trillion rupees ($30 billion) from privatisations.

Indian shares slid to their lowest in more than three month in a special trading session on Saturday after the budget was released, dented by what analysts said was a lack of sufficient stimulus measures.

The Reserve Bank of India (RBI) has cut its benchmark repo rate by 135 basis points since last year but debt-ridden banks have not fully passed on the benefits to borrowers.