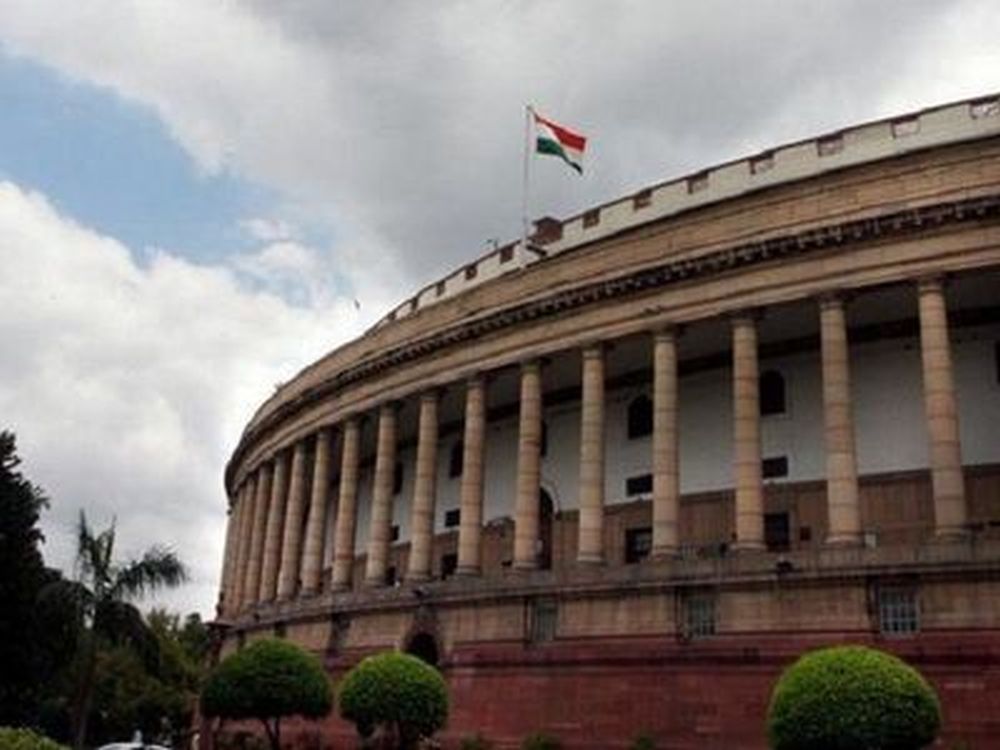 A bill that seeks to make it clear that the “government” in Delhi means the “Lieutenant Governor” was passed by Lok Sabha on Monday amidst strong opposition from the Congress and the Aam Aadmi Party which said that the legislation is “unconstitutional”.

Union Minister of State for Home G Kishan Reddy said the Government of National Capital Territory of Delhi (Amendment) Bill, 2021, has become necessary as there has been ambiguity in certain issues related to the functioning of the Delhi government, and several cases were also filed in courts.

According to the bill, the “government” in Delhi means the “Lieutenant Governor” and it also makes it mandatory for the Delhi government to take the opinion of the L-G before any executive action.

“Please do not say that it is a political bill. It is being brought to end ambiguity in certain issues as Delhi is a Union Territory. It will end certain confusion or technicality and enhance the efficiency of the administration,” he said.

Reddy also stressed that by bringing the bill “there has been no murder of democracy”.

The minister said when the GNCTD Act was enacted in 1991 by the then Congress government, Delhi was made a Union Territory (UT) with an assembly with “limited legislative powers”.

“We did not do that. It was a Congress government which piloted the Act then,” he said.

Reddy said the Lieutenant Governor (L-G) is an administrator so he has the right to know the day-to-day affairs. “We have not snatched any power from the Delhi government nor we have given any additional power to the L-G,” he said.

He strongly objected to some opposition members’ reference that the “Modi government is dictatorial” and said the NDA government has not done anything wrong or new but just ended ambiguity and brought clarity on the Delhi government.

“If we are wrong, we will listen to the abuses. But without being wrong, we won’t tolerate abuses. It is aimed at bringing more transparency,” Reddy said.

He said that there have been cordial relations between the central and Delhi governments since 1996, and all differences were resolved through discussions.

However, since 2015, some issues have come up and cases were filed before the Delhi High Court, which also gave certain rulings, Reddy said.

He said the court had also ruled that the L-G should be informed on executive issues of the city government.

Delhi’s ruling Aam Aadmi Party has opposed the bill. Chief Minister Arvind Kejriwal had even urged the central government to take back the bill and said the AAP dispensation was ready to fall at the Modi government’s feet for its withdrawal.

Initiating the debate, Congress MP Manish Tewari said the bill is “unconstitutional” and it takes away certain rights of the city government which were given under a constitutional amendment, a charge rejected by the BJP.

The measure is contrary to what the then Union Home Minister L K Advani had perceived some 18 years ago, he said.

Tewari was of the view that the bill seeks to prevent the city government from implementing the decisions taken by the legislative assembly.

BJP member Meenakshi Lekhi, who represents the New Delhi seat in Lok Sabha, said the bill seeks to rectify the alleged mismanagement of Delhi and blamed both the Congress and the ruling AAP for it.

She maintained that the Constitution is not federal but quasi-federal in nature where the Centre’s say cannot be ignored.

Lekhi said the Congress could have given full statehood to Delhi if it wanted.

AAP member Bhagwant Mann alleged that the central government is a “specialist in abusing” the rights of states and wants to rule Delhi through “soul of Viceroy”.

While vehemently opposing the bill, Mann, AAP’s only Lok Sabha member, wondered whether the Centre wants to turn the national capital into a Union Territory like Jammu and Kashmir where there is an assembly, but it is non-functional since the election has not been held ever since it was made a UT.

He said when the chief minister of Delhi cannot take any decision, then what is the point in conducting assembly polls.

“The Centre is a specialist in abusing the rights of states whether it was in the farm laws or whether running state governments through Governors or L-Gs,” he said.

Underlining that Delhi is the seat of the central government, BJP MP Brijendra Singh said “an anarchist” came to power in the national capital in 2013 and during his rule, if the full state-hood status had been given to Delhi, it would have resulted in a “civil war”.

Stressing that the bill is against the spirit of cooperative federalism NCP member Supriya Sule said it should be referred to the select committee of Parliament for further elaborate deliberations.

According to the statement of objects and reasons of the bill, the original bill was enacted to supplement the provisions of the Constitution relating to the legislative assembly and a Council of Ministers for Delhi and for matters connected therewith.

It said that to give effect to the interpretation made by the Supreme Court which had ruled that the city government need not obtain the Lieutenant Governor’s “concurrence” of every issue of day-to-day governance, the bill has been brought.

“The said bill will promote harmonious relations between the legislature and the executive, and further define the responsibilities of the elected government and the L-G, in line with the constitutional scheme of governance of the National Capital Territory of Delhi, as interpreted by the Supreme Court,” the statement of objects said.