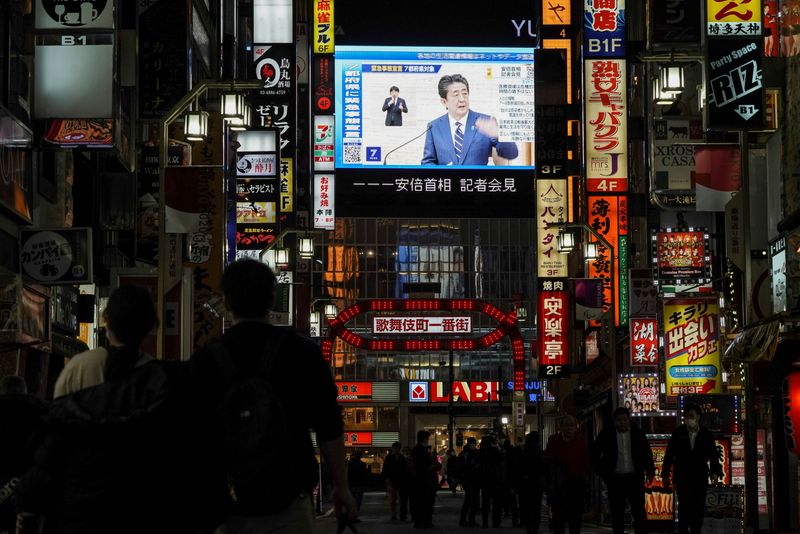 The huge cost of the coronavirus pandemic is upending Japan’s seven-year experiment to rescue the economy from its debt timebomb, as recession fears prompt calls for “helicopter money” – unlimited spending bankrolled by the central bank.

Already, the government plans to boost bond issuance to a five-year high of 147 trillion yen ($1.35 trillion), or 30% of the size of Japan’s economy, to pay for the stimulus.

But even as global governments and central banks pull out all the stops to reduce the economic fallout, Japan is a grim reminder that a debt timebomb may be inescapable.

Japan could issue even more debt, as economy minister Yasutoshi Nishimura has said the latest package won’t be the last if growth remains in danger.

The missed opportunity to fix Japan’s finances may squeeze spending for the younger generation and constrain the country’s options for supporting one of the world’s fastest-ageing populations.

“Abenomics has kept the economy in good shape for quite a long time,” said former Bank of Japan board member Takahide Kiuchi, pointing to Abe’s stimulus policies, launched in late 2012 to pull the country out of deflation.

“If that time had been spent fixing Japan’s finances, the government would have had more scope to boost spending without relying excessively on debt issuance,” he said. “The government and the BOJ were complacent. They’re responsible for this mess.”