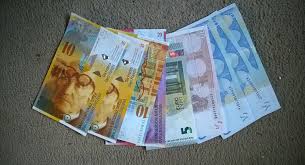 The euro fell to a four-and-a-half-year low against the Swiss franc on Thursday and the yen gained as investors sought safe havens after China’s Hubei province, the epicentre of the coronavirus outbreak, reported a sharp increase in the number of new cases.

“Taken together, it suggests fading the overnight reaction,” Experts said.

The initial move was to dump risky assets, however. After weakening to a three-and-a-half-week low the day before, the yen gained 0.3% against the dollar on Thursday to 109.770 yen.

“When you see numbers like this, you can’t help but move to risk-off trades, which means buy the yen and sell stocks,” Experts said .