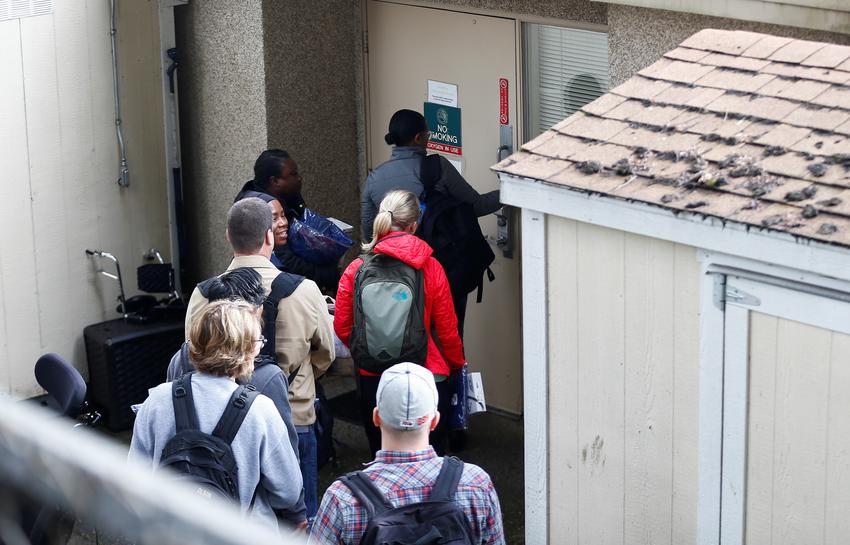 Older Americans, especially those with chronic medical concerns, should probably avoid big social gatherings and airline flights, given the rapid spread of coronavirus, a top U.S. health official said on Sunday, as investors braced for another volatile week in financial markets.

Anthony Fauci, the head of the infectious diseases unit at the National Institutes of Health, also said on NBC’s “Meet the Press” that after initial missteps distributing diagnostic tests, there should be 400,000 more kits available by Monday and 4 million by the end of the week.

The number of confirmed U.S. cases of coronavirus reached nearly 550 on Sunday, including 22 deaths, according to state public health authorities and a running national tally kept by the Johns Hopkins University center tracking the outbreak.

More than half of the 50 U.S. states have reported infections, including the first cases in Virginia, Connecticut and Iowa, as well as the U.S. island territory of Puerto Rico, documented on Sunday.

Warnings from Fauci and others about the need for greater “social distancing” – the practice of minimizing unnecessary contact in public settings – came amid the disclosure of a high-profile example of the risks now inherent in large gatherings.

U.S. Senator Ted Cruz said on Sunday he would self-quarantine after coming in contact at last month’s annual Conservative Political Action Conference with an attendee who had since tested positive for coronavirus.

The Texas Republican and 2016 presidential candidate said he had “briefly interacted” with the infected person at the CPAC meeting in Maryland 10 days ago, but was not experiencing any symptoms and felt “fine and healthy.”

The coronavirus originated in China last year and causes the sometimes deadly respiratory illness COVID-19. The outbreak has killed more than 3,600 globally.

To contain the outbreak in China, the government quarantined millions of people for weeks. Italy has announced similar measures, locking down 16 million people in the north of the country.

As recently as Saturday, President Donald Trump said he would continue to hold political rallies, which sometimes draw up to 20,000 people. The Democrats competing to challenge him in the Nov. 3 presidential election, Senator Bernie Sanders and former Vice President Joe Biden, have not canceled any campaign events so far.

Germany, which has nearly 1,000 cases, on Sunday urged the cancellation of all events with more than 1,000 people.