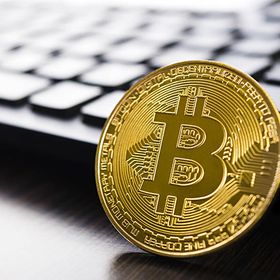 Bitcoin was last hovering around $35K mark, after falling as low as $34,000 With the blink of an eye, more than a trillion dollars in crypto-market value has evaporated.

The jarring downturn that’s been a hallmark of digital assets in recent weeks continued to play out this week and into Saturday, with Bitcoin at one point losing more than 15% during that stretch. The coin, which is the largest digital token, has dropped more than 50% from a recent peak, and many other cryptocurrencies have lost just as much, if not more.

The carnage superlatives have been easy to come by: Friday’s decline led to the liquidation of more than $1.1 billion in crypto futures positions and overall more than $1 trillion in market value has been destroyed since the last peak. In other words, the meltdown is pouring salt on an already-deep wound.

“Digital-currency markets in total have been challenged this month,” said Jonathan Padilla, co-founder of Snickerdoodle Labs, a blockchain company focused on data privacy. “There’s definitely some pain there.”

Even long-time bulls are starting to wonder out loud at what point the battering might end. Famed crypto investor Mike Novogratz mused on Twitter that “this will be a year where people realize being an investor is a difficult job.”

But, crypto fans have an infinite supply of optimism and many are confident that with Bitcoin already spending two-thirds of the year in the red, better times could come soon. At some point, sellers will become exhausted and the market could see some capitulation soon, said Matt Maley, chief market strategist for Miller Tabak + Co.

“When that happens, the institutions will come back in in a meaningful way,” he said. “Once the asset class becomes more washed-out, they’ll have a lot more confidence to come back in and buy them. They know that cryptos are not going away, so they’ll have to move back into them before long.”

The news cycle has been relentless. Regulators from Russia, the U.K., Singapore and Spain all announced interventions that could undermine crypto companies looking to grow in those regions, while tightening U.S. monetary policy left traders anticipating several interest rate hikes this year.

Meanwhile, the Biden administration is preparing to release an initial government-wide strategy for digital assets as soon as next month and task federal agencies with assessing the risks and opportunities that they pose, according to people familiar with the matter. That weighed on Bitcoin enough to send it to within a whisker of $34,000 on Saturday.

Bitcoin’s decline since its November high has wiped out roughly $600 billion and greater than $1 trillion has been lost from the aggregate crypto market. While there have been much larger percentage drawdowns for both Bitcoin and the aggregate market, this marks the second-largest ever decline in dollar terms for both, according to a Friday note from Bespoke Investment Group. The largest ever occurred last summer, when a decline that peaked at the end of July wiped out $646 billion for Bitcoin.