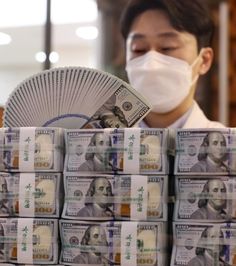 Most Asian currencies moved in a flat-to-low range on Thursday as the dollar came off 20-year highs, with focus turning to an upcoming European Central Bank meeting for more cues on global monetary policy tightening.

China’s yuan and the Hong Kong dollar traded sideways, while the South Korean won sank 0.6%. Japan’s yen was an outlier, falling 0.4% and hovering around 24-year lows despite the country’s second-quarter GDP being revised higher. The outlook for Japan’s economy has been sullied by rising inflation and a new COVID-19 outbreak in the country. 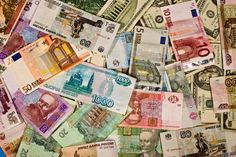 The Bank of Japan’s reluctance to hike interest rates has also battered the yen this year, given that most other major economies are carrying out tightening cycles to combat high inflation.

Traders were now awaiting an interest rate hike by the European Central Bank (ECB) later in the day, which could support the euro and spur further losses in the dollar.

The euro appeared to have trimmed some losses against the greenback, trading down 0.1% at 0.9988 on Thursday.

The ECB is expected to raise interest rates by 50 basis points to 0.5%, bringing them into positive territory for the first time in 11 years to combat high inflation. But the central bank faces a balancing act, given that economic activity in the eurozone has slowed significantly due to a brewing energy crisis.

In the Asia-Pacific region, Australia’s dollar sank 0.3% after data showed the country’s trade balance shrank more than expected in July.

Australian exports fell in July from the prior month, likely facing pressure from waning demand in major market China.